Why do Briganti deserve a rugby grass pitch? (PDF)

The Briganti “Librino” ASD is rugby club and NPO (Non Profit Organization) born in 2006, its goal is to use the value of sport, in particular Rugby Union, to help children of the Librino district, one of the most problematic districts in Catania (Sicily, Italy).

The club has seen considerable growth since 2006 and it’s currently counting ~300 players, this includes our Under 10s teams up to the Senior team (currently playing in the national C1 league, 4th division).

Our project is tightly coupled with the recovery of the sporting centre called “San Teodoro”.

This multisport centre (two gyms, dressing rooms, offices, rugby pitch and a small pitch used for training) is located on top of a hill in the Librino district. It was built at the beginning of the 90s to host some of the Olympic sports for the XIX Universiade in 1997 (see the Wikipedia article about the event here: https://en.wikipedia.org/wiki/1997_Summer_Universiade ).

However, the centre was never completed, and the Universiade games were played somewhere else. The sports centre was left in ruin for 15 years. A group of volunteers from the district and the club began looking at ways to complete the centre and open it for kids of the district. 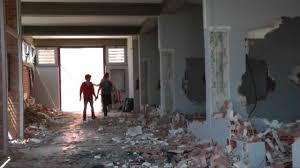 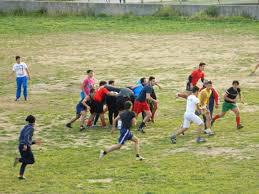 A petition was started, 7,000 signatures were collected, the goal was to push politicians and institutions intervention. Which never came.

In April 2012, after much waiting, the volunteers decided to take initiative, and occupied the centre. They started repairing and fixing whatever they could with their limited means and were taking care of the centre informally. After 3 years of confrontations, the Municipality of Catania, owner of the centre, decided to assign the whole area formally to the club via a public announcement.

The centre has also seen the appearance of allotment gardens, organized by members of the club, that involves around 70 families, each family responsible for a strip of land of approximately 50 sq. meters. 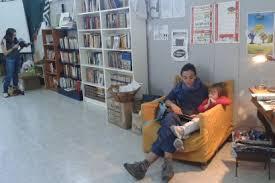 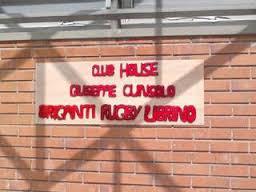 The allotment gardens were instrumental to turn the area into very important social space for the district. More projects, parallel to the rugby activities, were started, in particular the opening of the first library in the district, called the “Librineria”. It complements the sport activities with cultural and school related events.

The “San Teodoro” sport centre is an innovative space where sport, culture and urban agriculture fuse together. 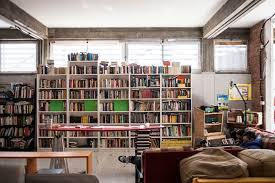 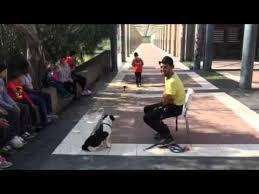 However the centre cannot yet be considered completed.

The “pitch” is basically made of clay. It is impossible to play during long winter periods because it doesn’t drain the water properly and it turns into an extremely muddy surface. While in the hot Sicilian summer days it is extremely compact and dangerous for players’ safety.

It’s clear the pitch needs substantial intervention however it has been used for training sessions and official games since the very beginning, when possible.

The area needs to be filled with proper materials to ensure proper draining (gravel, sand, draining pipes etc), fencing is needed to be put up and an irrigation system needs to be built.

Our crowdfunding project aims to collect 100,000 EUR from the public to repair the pitch, and the club will add a minimal contribution of 62,250 EUR. 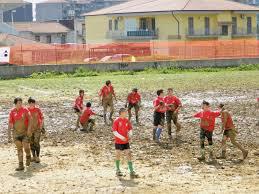 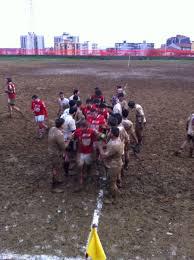 Why do Briganti deserve a rugby grass pitch?

Any cookies that may not be particularly necessary for the website to function and is used specifically to collect user personal data via analytics, ads, other embedded contents are termed as non-necessary cookies. It is mandatory to procure user consent prior to running these cookies on your website.